Games based on the famous comics are a very impressive segment of modern slot machines. There are slots of this genre in almost every online casino. Playtech can be considered the leader in the production of slots on this subject. The developer’s lineup has several dozen slots based on Marvel and DC comics.

The Blade
The Blade 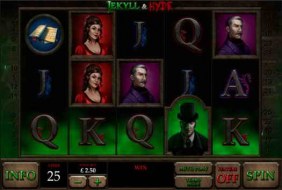 One of the reasons that comic slots are a success is the availability of progressive jackpots. Playtech has a separate accumulative Marvel-jackpot, combining all slots of the line. It is played in a separate round where a player needs to select the symbols in turn on the playing field.

The set of symbols in comic slots usually as follows:

Another important distinctive feature that ensures the popularity of games of this genre is the fascinating thematic prize rounds. They are based on the plot of comics. Often, in these bonus games, a player will play on the side of the superhero and fight with his opponent. The main characters of the games can be not only the heroes of the comics themselves but also the characters of the films based on their motives.

The risk game is practically not found in slots of this subject. Among the icons used, there are often a wild symbol and a scatter. As a rule, portraits of the main characters have special functions. Comic games do not necessarily have the usual form of slots with reels. For example, the Avengers Scratch slot from Playtech is made in the form of scratch cards.

Among the Playtech comic slots, the most popular games are Avengers, a series of slots about Batman (Batman and Batgirl Bonanza, Batman and Riddler Riches, and others), The Incredible Hulk, Blade, Fantastic Four, and X-Men. It should be noted that other developers also have slots of this genre in their portfolio. The following slots deserve special attention:

Some time ago, Playtech terminated the partnership agreement with Marvel Comics, and in many online casinos, there is no access to the slots of this line. Given the frequency, with which developers are releasing more and more new comic slots, this niche will soon be occupied with many quality games.