Ancient Egypt has long been a source of inspiration for developers of slot machines. Egyptian slots are one of the most popular and common genres. For example, the Book of Ra slot from Novomatic has been a favorite for players in both online and ground-based casinos for more than 10 years. 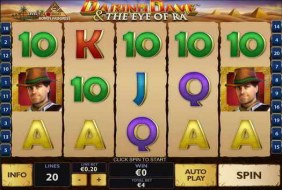 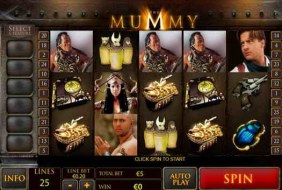 The Mummy
The Mummy

Eye of Ra
Eye of Ra

The plot of the games devoted to the Egyptian theme is most often about the search for treasures. Many slots of this genre, along with standard spins, offer additional prize rounds when players are offered to open the tombs of the pharaohs, travel through the pyramids, and pick symbols in the Egyptian treasures, receiving instant payouts. The following set of icons is most often used in slots of this genre:

Many Egyptian slots also use card denominations that act as symbols with the lowest payout coefficients. As for the special icons, as a rule, it is a wild symbol and a scatter. In most slots of this genre, symbols of the pyramids have additional features. The pyramid is either a scatter symbol that triggers free spins or the highest paid icon that replaces most of the other icons in prize combinations. To win when playing the Egyptian slots, players need to collect a combination of 2, 3, 4, or 5 identical symbols.

Typically, Egyptian slots have 5 reels. There are exceptions, for example, the Book of Ra 6 slot, which has 6 reels, or Lady of Egypt with 8 vertical rows. The number of paylines varies, but in most cases, it is no less than 5. Often, there is a risk game of one of two types:

Prize-winning rounds on a separate screen are found in the Egyptian slots developed by BetSoft, Playtech, and NetEnt.

In addition to the already mentioned Book of Ra slot, there are other popular developments of this genre. Here are some of them: